After featuring as both artist and producer on Beatmonstas Entertainment’s UK & US College Circuit released CD “The 3rd Weapon”, now in 2008 Phashara is ready to embark on new journeys with this 2008 release entitled “The Storybook Adventure”.

The mission of “The Storybook” is to use the art of storytelling and emceeing to project rich portrayals of life through the eyes of a west side Chicagoan. The soulful banging beats provided by the likes of Heralded Beat Battle Champions, Radius (Neighborhood Suicide), Tall Black Guy, Noble Dru (The 3rd Weapon) & even Phashara himself, serve as the canvas to paint vivid tales of gritty city living and introspective lessons learned. All the while “Storybook” remains exciting, intelligent and genuine. 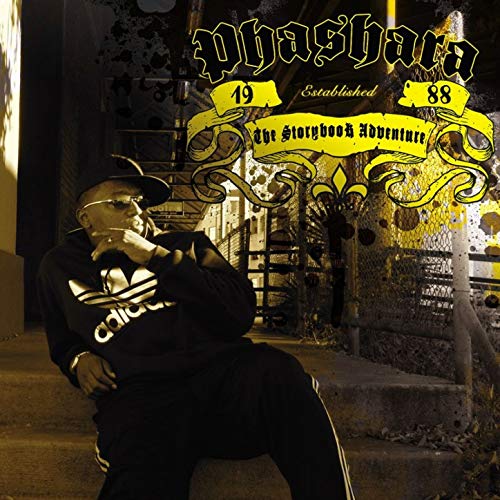 You can purchase album from all online retailers